Your breasts often change over time, losing their youthful shape and firmness. Pregnancy, nursing, weight gain and loss, aging and gravity can cause breasts to soften and sag. Women who are unhappy with the shape, volume and/or firmness of their breasts may consider having breast lift surgery, also called mastopexy.

A mastopexy raises and firms the breasts by removing excess skin and tightening the surrounding tissue to reshape and support the new breast.

One can see the level of drooping herself by a simple pencil test as shown in figure 1.

A breast lift is often combined with breast augmentation surgery to increase both the firmness and size of the breasts. 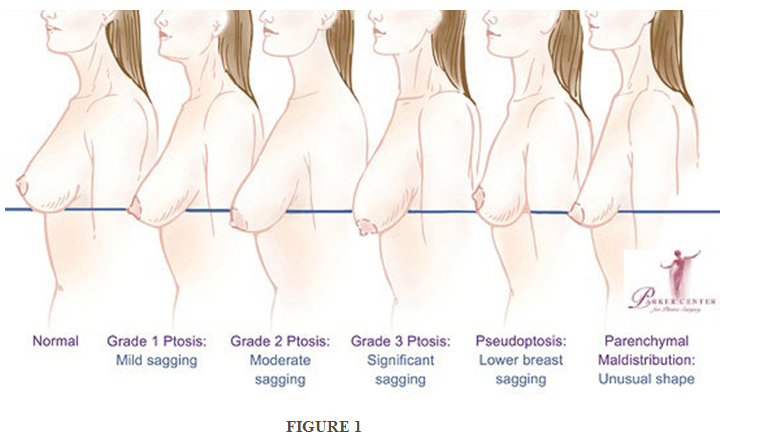 How is a breast lift (mastopexy) performed?

The procedure can be achieved through a variety of incision patterns and techniques. All types of breast lifts require an incision to remove excess skin so that the remaining skin can be re-positioned. There are several types of surgery techniques available that differ in the incision made and the procedure used to lift the skin.

Uses an anchor or keyhole incision, which starts at the base of the breast in the crease and extends upward around the areola – creating an anchor shape. It is most often used for extensive ptosis (drooping), resulting after pregnancy and lactation in the females approaching in their mid 30s.( Figure 2)

It can be combined with an implant if the female is desirous of increasing the size and firmness of the breasts along with drooping position.

It is also called a Benelli lift or periareolar lift, is much less invasive than the anchor breast lift procedure because the incision is limited to a circle around the areola. A piece of skin around the areola is removed and the surrounding skin is reattached to create a lifted look with minimal scarring.( Figure 3) 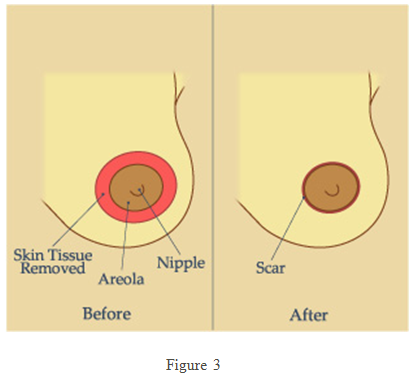 Is a procedure resulting in an incision around the areola and then vertically down the breast. This avoids the horizontal incision under the breast that results from a standard breast lift. (Figure 4)