Sex Reassignment Surgery (initialized as SRS; also known as Gender Reassignment Surgery, Gender Affirmation Surgery (GAS), Sex Re-alignment Surgery or Sex-change operation) is a term for the surgical procedures by which a person’s physical appearance and function of their existing sexual characteristics are altered to resemble that of the other sex. It is part of a treatment for gender identity disorder or now better termed as Gender Dysphoria in transsexual and transgender people. It may also be performed on intersex people, often in infancy.

“It must be very clear that the outcome of any SRS reconstructive surgery is completely irreversible, can never be as realistic as natural ones, and after SRS, one can never become a genetic father or mother for whole life.”

Male to Female or M to F (Trans Female)

The procedures involved systematic excision of penis & testicles, Creation of neo-vagina using penis skin, creation of labia majora & labia minora by scrotal skin and creation of clitoris by de-bulked sensate flap of glans penis. Breast implant (Silicone cohesive gel or expander implant) completes the procedure. Though the surgery can be performed in single or two stages, but few further stages may be required to fine-tune the result or to perform ancillary procedures like laser hair removal, vocal cord surgery to change the voice etc.

The postoperative outcome of vaginoplasty is variable. It usually allows coitus (sexual intercourse), although sensation might not always be present. The physical factors, the narrowness of the male pelvis can reduce the available area to use for vaginoplasty and limit vaginal dimensions.

Female to Male or F to M (Trans Male)

F to M is more complex and complicated procedure than M to F. The surgery is always staged and are :

A gap of 4-6 month is required in between each stage for proper healing of the areas. few further stages may be required to fine tune the results or to perform ancillary procedures like vocal cord surgery to change the voice etc. 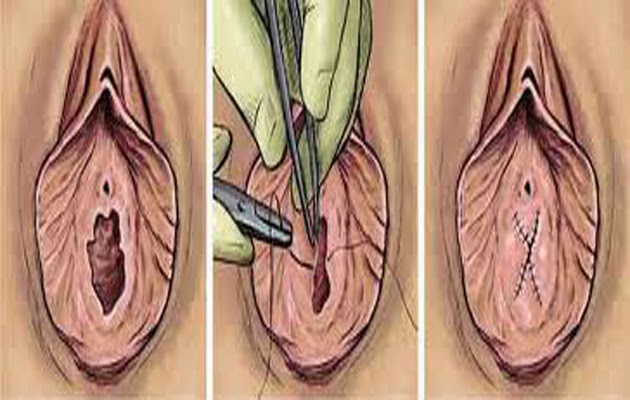